IPL: Team-wise two players on whom RTM card can be used in IPL 2022 Mega Auction

The IPL teams before they begin to strategize for the IPL’s next mega-auction for 2022 IPL need to remember a few important things. All the teams can retain only a total of three players ahead of the 2022 IPL auctions. The teams can also use something called the ‘Right to Match Card’ (RTM) as well.

The Right to Match Card (RTM) is a facility that allows the teams to avail the services of players who have previously played for the franchise from the auction pool. So, if an IPL side has retained 3 players ahead of the auctions, they can use their RTM card to avail the services of two more players from the auction pool once again. Another thing that the franchises have to keep in mind is that ahead of the auctions, the franchises can retain only 3 capped Indian players, 2 overseas players, and 2 uncapped players. So, on this note, let us take a look for IPL: Team-wise two players on whom RTM card can be used in IPL 2022 Mega Auction. 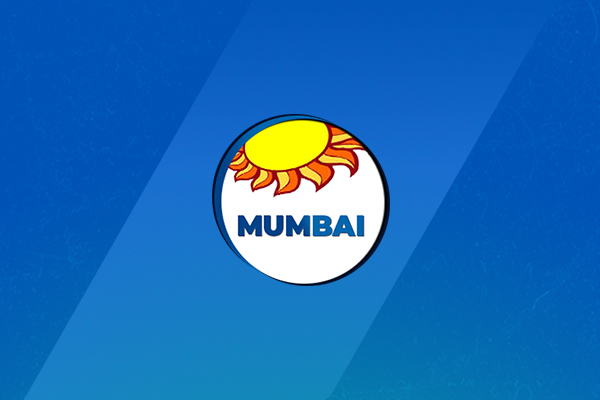 The five-time IPL champions Mumbai Indians is undoubtedly the most successful team in the history of the League. Looking forward to IPL: Team-wise two players on whom RTM card can be used in IPL 2022 Mega Auction Mumbai must be trying to retain its captain, Rohit Sharma, ahead of the 2022 IPL auctions. They are expected to keep their pace bowling spearhead Jasprit Bumrah also as well. And, considering the final player whom they will be planning to retain can be Hardik Pandya.

Let us now explore into the players on whom the Rohit Sharma led side will use their RTM.

Also Read - Top 5 IPL Players who were underutilized by MI

They would not like to leave Quinton De Kock from their side. In the 2020 IPL edition, the South African scored 503 runs and scored them at an average of 35.93 and a strike rate of 140.50. Even in IPL 2021, De Kock was in decent form and scored 155 runs at an average of 31.00. So, the next player on whom Mumbai Indians will use their RTM is Kieron Pollard. The West Indian has been a part of the Mumbai side for more than a decade and has featured in a whopping 171 matches for the Rohit Sharma led outfit in the IPL. Pollard can wreak havoc with the bat, and he showed what he is capable of against the CSK side on 1st May 2021, by smashing unbeaten 87 off just 34 deliveries. 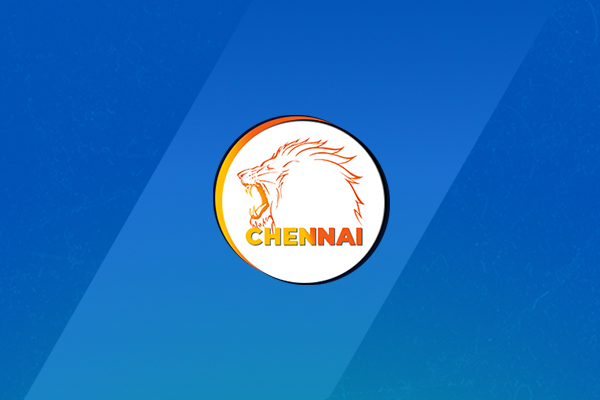 Still, it is not known whether MS Dhoni will be continuing with Chennai Super Kings in the next IPL in 2022. But then, if one has to go by the word of the CSK CEO, MS Dhoni might play the 2022 edition of the IPL as well.

The CSK captain had stated earlier that the franchise team can get him back from the auctions using their RTM card for a lower amount. Having said that, let us look at the retentions that CSK is likely to make. The ‘Men in Yellow’ will surely retain Ravindra Jadeja, as he has performed exceedingly well for Chennai in every department of the game in IPL 2021. Moeen Ali is the next player who will be retained. And, going by his impressive show with the ball in IPL 2021, the Chennai outfit will want to have Sam Curran in their ranks as well. So, those are the 3 players whom Chennai will retain, and they will most likely get back their enigmatic skipper MS Dhoni using their RTM. So, the second player that Chennai will use their RTM on, is Deepak Chahar. The right-arm pacer was impressive in the 2021 edition of the IPL for Chennai with the ball and picked up 8 wickets at a strike rate of just 18.00. 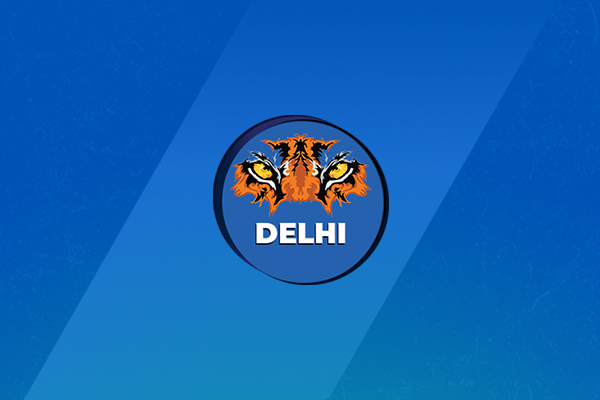 The Delhi Capitals will try to keep hold of their regular captain, Shreyas Iyer, ahead of the 2022 IPL mega auctions. Apart from Iyer, the Delhi side is also likely to preserve wicketkeeper Rishabh Pant as well as veteran opener Shikhar Dhawan.

So considering Delhi’s chances of IPL: Team-wise two players on whom RTM card can be used in IPL 2022 Mega Auction, the franchise will surely want to get Prithvi Shaw back into their side. The opener scored 308 runs in the 2021 IPL season and scored them at an average of close to 40 and a strike rate of 166.49.

The next player whom the Delhi side is likely to retain is Kagiso Rabada. The South African pacer is the lynchpin of the Delhi Capitals’ bowling attack and is a bowler who can rattle any batting lineup. Rabada took a whopping 30 wickets in the 2020 edition of the IPL. Even in the 14th IPL season, the right arm pacer was in decent form with the ball and picked up 8 wickets. 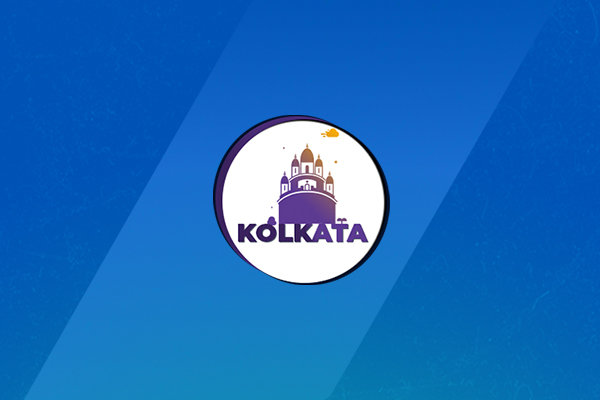 Let us now come to the two-time IPL champions, Kolkata Knight Riders. KKR must be trying to keep hold of Andre Russell. The West Indian all-rounder, who always has been a major advantage as both batsman and bowler, will surely strengthen the Kolkata side. Apart from Russell, the other two players whom Kolkata will look to retain are Dinesh Karthik due to his huge experience and Shubman Gill for his prospect.

With that being said, the Kolkata side will look to use their RTM for procuring the services of Lockie Ferguson and Prasidh Krishna. Prasidh was impressive in the 2020 edition of the IPL and scalped 8 wickets in the 7 matches that he played. At the age of 25, Kolkata might look to hone Prasidh in the long run as well.

Another player who might be procured by the KKR side by using the RTM is Lockie Ferguson. Now, many former cricketers felt that Ferguson should have played more matches than the 5 he played for Kolkata in IPL 2021.

Ferguson also has a stunning record in T20Is and has scalped 24 wickets in 13 matches at an average of just 13.17. Ferguson’s express pace and his ability to surprise the batsman can come in handy for the KKR side.

Also Read - List of IPL winners of All Seasons 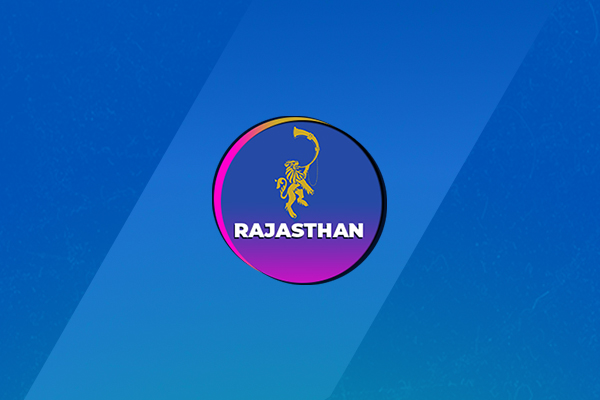 Ahead of the mega auction in 2022, Rajasthan Royals will surely retain their skipper Sanju Samson. They are also likely to retain Jos Buttler as well. Buttler was in good form in the 14th IPL and scored 254 runs at an average of 36.29 with a whopping strike rate of 153.01.

The England batsman also scored a whirlwind 64-ball 124 destroying the Sunrisers Hyderabad bowling attack as well. And, the third player that the Sanju Samson-led side will want to retain is Jofra Archer. Archer was the highest wicket-taker for the ‘Men in Pink’ with the ball in the 2020 edition of the IPL in the UAE. The right-arm pacer scalped 20 wickets and picked them up at an excellent strike rate of 16.70.

Now, let us come to the players on whom the Rajasthan side is likely to use their RTM card. Rahul Tewatia has been extremely useful for the Rajasthan side, and the Royals would like to have Tewatia back in their ranks. Tewatia is a handy cricketer in the T20 format and can contribute both with the bat as well as with the ball.

The left-hander was in sparkling form in the 2020 edition of the IPL and scored 255 runs at an average of 42.50, and a strike rate of close to 140. The other player whom Rajasthan will use their RTM on is Chetan Sakariya.

The 23-year-old youngster was extremely impressive in the 2021 IPL season and scalped 7 wickets at a strike rate of 23.14 in the 14th edition of the IPL. Rajasthan surely will want to avail the services of a talented bowler like Sakariya by using their RTM in the IPL auctions. 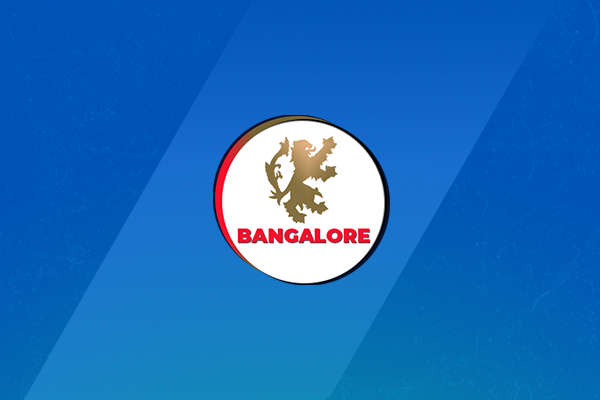 The three players whom the Royal Challengers Bangalore will undoubtedly keep hold of are their three genius batsmen, Virat Kohli, AB de Villiers, and Glen Maxwell. Especially, Maxwell proved his mettle once again in the 14th edition of the IPL with the willow. The Australian scored 223 runs in the 2021 IPL edition and scored his runs at an average of 37.17, and a strike rate of 144.81.

Additionally, RCB is likely to have two more cricketers in their arsenal by using the Right to Match Card (RTM). They are Devdutt Padikkal and Mohammed Siraj. Padikkal was the find out of the 2020 IPL for RCB and scored 473 runs at an average of 31.53.

The left-hander also plundered 195 runs in 6 innings in IPL 2021 and scored them at an average of close to 40, and a strike rate of over 150. Padikkal also scored a classic century against the Rajasthan Royals side.

Along with Padikkal, RCB will also want to get Mohammed Siraj back into their side using the RTM. Siraj has scalped 35 wickets with the ball for the Bangalore outfit and has scalped them at a strike rate of 20.97. 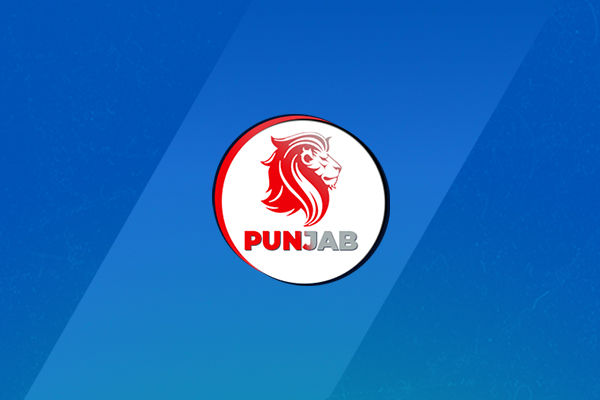 The Punjab Kings will definitely retain their skipper KL Rahul ahead of the 2022 IPL auctions. They are also likely to retain their bowling spearhead, Mohammed Shami. The other player that the Punjab side might want to retain is Mayank Agarwal.

Agarwal was in scintillating form in the 2021 edition of the IPL and scored 260 runs at an average of 43.33, and a strike rate of 141.30. So, let us now come to the players that the Punjab Kings might want to retain in their side, using the Right to Match (RTM) Card.

Punjab will look to retain Dawid Malan and the legendary Chris Gayle. Malan is one of the most consistent batsmen in T20I cricket and holds the record for being the fastest to 1000 runs in T20Is. The England cricketer averages a whopping 50.15 in T20Is and has scored his runs at a strike rate of 144.31.

And, Chris Gayle is always an asset for any side, in T20I cricket. The West Indian legend is the 7th highest run-scorer in IPL cricket, and has scored close to 5000 IPL runs at a strike rate of 149.45.

Gayle also holds the record for scoring the highest individual score in IPL cricket, when he smashed 175 against the Pune Warriors side in 2013. And, even at the age of 41, Gayle is still a threat to the opposition with the bat in hand. 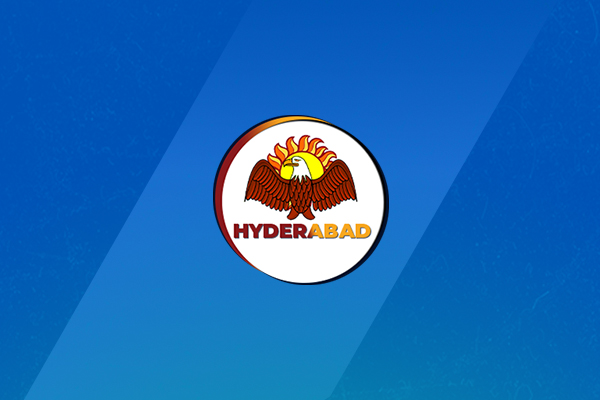 The New Zealand batting legend was in good form in the 2021 edition of the IPL and averaged 128.00 with the willow. Apart from that, Williamson took over the mantle of captaincy from David Warner in the middle of the 2021 IPL season, and the Hyderabad side will look to build their side around Kane Williamson.

Now, let us take a look at the two players for whom the SRH franchise will use their Right to Match (RTM) card. T. Natarajan was highly impressive in the 2020 edition of the IPL and scalped 16 wickets for the Sunrisers Hyderabad side. Also, the left-arm pacer could only feature in two matches for the ‘Orange Army’ in the 2021 IPL edition and went under the knife to repair his knee. So, Hyderabad will want to have a handy pacer like Natarajan in their arsenal.

The other player that SRH might want to use their Right to Match (RTM) card is Manish Pandey. Pandey has been an integral part of the SRH middle order and has scored 1246 runs for the Hyderabad outfit in the IPL, at an average of 34.61.

Advice from former stalwarts helped me get over concerns about footwor...

'Kohli will never worry about Johnson but will always have doubts Vs A...

James Anderson on the cusp of going past Anil Kumble in 2nd New Zealan...

Advice from former stalwarts helped me get over concerns about footwork: Virender Sehwag

'He's faced the NZ attack in NZ': Former Kiwi coach on who should open for India

ICC should change 5 things before the next WTC starts

Kohli and Shastri have created a winning environment in the team: Ramiz Raja

WTC final: Ravichandran Ashwin could be the match-winner for India, feels Monty Panesar