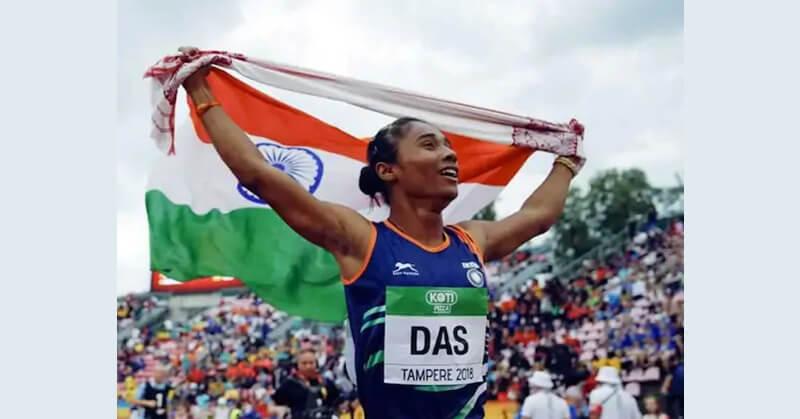 Star Indian sprinter Hima Das ran her first competitive race in more than a year and won a gold in the women's 200m in the Indian Grand Prix II at the Netaji Subhas National Institute of Sports campus, on Thursday. The 21-year-old Hima, the 2018 world junior champion in 400m, won the race in 23.31 seconds. She ran faster only three times earlier in this distance -- twice in 2018 when she clocked 23.10 seconds in the National Inter-State Athletics Championships in Guwahati and 23.22 seconds in a Grand Prix meet in Poland and once in 2019 when she clocked 23.25 seconds in Czech Republic.

Hima, who is yet to qualify for the upcoming Tokyo Olympics, had run her last competitive race in August 2019. She had suffered a lower back injury at the 2018 Asian Games and that forced her to miss the World Championships in Doha in September 2019.