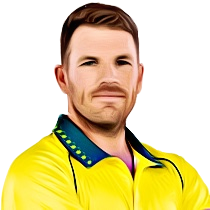 Aaron James Finch born on 17th November 1986 is an Australian cricketer and the captain of the T20 and ODI team. He became the first player to reach 900 rating points on the ICC T20 rankings. He made his test debut for Australia in October 2018 and made good runs in that match.

Finch made his international debut with T20 in January 2011 against England. Finch holds a record for his performance for two of the three highest individual scores in T20 Internationals, his 172 against Zimbabwe in July 2018 beating his previous record of 156 against England in 2013.

As a teenager, finch started off as a wicket=keeper for the Colac West Cricket Club in the Colac & District Cricket Association (CDCA). He also was a part of the 2006 Under-19 team for the Cricket world cup in Sri Lanka. Finch established himself as a regular intake for the Victorian team during the 2009-10. He smashed his maiden first-class hundred against Tasmania at the Melbourne Cricket. Finch has also been a part of county cricket in England, initially for Yorkshire County Cricket Club in 2014 and 2015 then for Surrey from 2016. During the 2018 t20 Blast match, Finch hit 131 not out for Surrey, setting a new record for the highest T20 individual score for Surrey in a county match.

Finch made his ODI Debut in January 2013 against Sri Lanka at MCG. Finch was also selected in the Australia’s 2015 ICC World Cup squad. In the very first group match against England, Finch scored highest 135 runs. This helped his team register their first victory of the championship with a huge margin of 111 runs. In January 2017, Aaron Finch was handed over captaincy for the first match against New Zealand in Australia’s tour of New Zealand. This happened due to Mathew Wade had to drop himself out because of a back injury. Finch continued to captain in the remaining matches. Later in April 2019, Finch was given the captaincy and the responsibility to lead Australian team in the ICC World Cup 2019.

Aaron Finch started his test career a bit late, he played his first International test in October 2018, he has been always known for hitting the ball fast and far. Knowing his strengths and abilities selectors have kept him away from the longer formats for a good time. Finch made his test debut in October 2018, almost after 8 years his debut in International T20 which is a rare thing to see in cricket. Aaron has so far played a number of test matches but are not enough to stack any records in the format.

Aaron Finch has played for several teams in the Indian Premier League (IPL). He made his debut in IPL with RR - Rajasthan (RR) in 2010. The next two years 2011 and 2012 he was part of the Delhi Daredevils franchise. The following year 2013, Finch played with the Pune Warriors India Team. In 2014 season he was part of the SRH - Hyderabad franchise and in 2015 for MI - Mumbai. However, in this season with MI - Mumbai, Finch struggled a bit with injury. In 2016 he was a part of Gujrat Lions franchise for two year until moving on with KXIP - Punjab in the 2018 IPL Auctions, later being released from KXIP - Punjab by the end of IPL Season 2018. Finch decided to opt out of IPL season 2019 and prepare for ICC World Cup 2019. Later he was bought by RCB - Bangalore for the IPL season 2020.

Finch started his International career with T20 International itself in January 2011 against England. In august 2013 he set a new record of highest individual score of 156 of just 63 balls against England in Southampton. Finch hit 14 sixes and 11 fours in that inning. He was the first player to hit 150 runs in an International T20 match. He was awarded the Men’s T20I player of the year by Cricket Australia in 2014. Aaron was considered one of the top rated batsmen in the T20 format however even he was dropped for the first two matches of the ICC T20 World Cup 2016, later included in the squad for the last 2 matches of the tournament. In July 2018, Finch scored 172 against Zimbabwe breaking his own record of 156 and creating a new highest score.