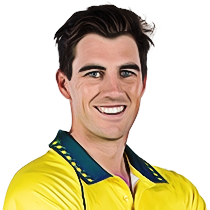 Pat Cummins was born on 8th May in Westmead, New South wales in 1993. Pat is the co-vice-captain of the Australia national team in all three formats. He made his Test debut at the age of 18 and plays domestic cricket for New South Wales. Cummins is Known for his fierce fast bowling and is also a useful tail ender who bats right-handed. In January 2020, Cummins was named as the Test Cricketer of the Year by the International Cricket Council (ICC).In April 2020 he was picked as one of the Wisden Cricketers of the Year for his spectacular performances in the 2019 English season in the 2020 edition of Wisden Cricketers' Almanack. A Seven-Wicket haul in the match and a Six wicket haul in the second innings on his test debut at the Wanderers in 2011. Australia won that match by a very narrow margin by chasing down the easy target in the second innings with help from Cummins, this performance got noticed and suddenly Pat became the talk of the town.

He was a complete package for the Australian team, having all the right guns in his arsenal at such an early age. He was said to have no real weakness other than his fragile body as he kept getting injured time and again. Due to a stress facture in his back he was out of the International arena for almost six years.

Pat Cummins had played junior cricket for the Glenbrook Blaxland Cricket Club in 2010 before playing first-grade cricket for Penrith. Cummins took 4 for 16 in the preliminary final of the KFC Twenty20 Big Bash against Tasmania in 2010–11 and was named Man of the Match. Cummins finished at the top of the table with Nathan Lyon for the leading wicket-taker in the tournament. Pat made his first-class debut in a match against Tasmania in March 2011.

Pat Cummins got his ODI cap on 19th October 2011 against South Africa. He picked up three wickets on his debut match and since then has played 69 matches and has taken 111 wickets at an average of 28.78. He also has a five-wicket haul to his name. His best bowling figures for Australia are 5/70. His economy rate in ODIs is 5.25, which is pretty impressive given the fact that he has not played too many matches yet.

Cummins made his Test debut in November 2011 at the Wanderers, this was his fourth first-class match, but it seemed as if he had been playing since ever as he took six wickets in the second innings and a seven wicket haul in the match, this performance made heads turn and Cummins established himself as a reliable asset for the Australian team. Pat has an economy of 2.77 in test cricket. If you look at this figure and you know stuff about cricket, you know that is an impressive figure. Pat Cummins has a lot to show to that world, he is yet to play at its best.

Pat made his international Debut in a T20 series against South Africa in 2011, this was also his T20 debut, he took 5 wickets in the series. He has played 30 T20 internationals and has taken 37 wickets at an average of 20.62 with best bowling figures of 3/15. His T20 economy rate stands at 6.94 which is better than the average. Since the time Cummins made his international debut, he has been suffering due to multiple injuries, most importantly his back fracture. Despite of all the factors Pat has come back stronger each time.

Since the time Cummins made his international debut, he has been suffering due to multiple injuries, most importantly his back fracture. Despite of all the factors Pat has come back stronger each time. Pat has an economy of 2.89 in test cricket. If you look at this figure and you know stuff about cricket, you know that is an impressive figure. Pat Cummins has a lot to show to that world, he is yet to play at its best.