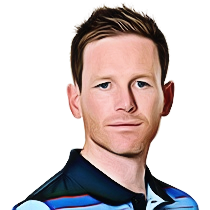 Many people mistake him for an English man but Eion Morgan is Irish. Yes, Eion Joseph Gerard Morgan is one of those rare players in world cricket who has represented two nations. Eion was born to Olivia and Evan Morgan in Dublin, Ireland on 10th September,1986. He completed his Graduation from Dulwhich College in London.

As a teenager, Morgan played hurling twice a week so that he could develop his skills as a batsman, Hurling was the same as hitting the reverse sweep. Morgan was brought up in Rush, where his father hailed from. He learnt to play cricket at Rush Cricket Club. He was educated at the Catholic University School on Leeson Street, where he played in three Leinster Senior Schools Cup champion teams.

Morgan was named the captain of the England cricket team after Alastair cook was removed from the position in 2014. This happened just before the 2015 world cup. Although England could not bring the cup home that year, but Morgan finally led them to a world cup victory in 2019 Cricket World Cup. He recorded the fastest fifty in that tournament and hit the most number sixes in an ODI innings against Afghanistan. Morgan is the only English captain to score four or more centuries in ODIs.

Eion Morgan started his career with Ireland cricket team, he made his ODI debut against Scotland on 5th August 2006 for the Irish team. He showed his talent by putting on a show of extravagant shots, he fell just 1 short of a century. He finally scored his first ton for Ireland against Canada in 2007. He was then selected in the world cup squad in the year 2007. He is the first player to score an ODI century for two countries. Morgan was named as the England captain for the 2015 Cricket World Cup after Alastair Cook was removed from the ODI captaincy in December 2014, Morgan already captained England in ODIs and T20Is as a stand-in so he was the best choice for the board. He is also the only English captain to have scored more than 4 ODI hundreds. Under his captaincy, England won the 2019 ICC Cricket World Cup, England won the World cup for the first time.

Morgan made his test debut in 2010 against Bangladesh. Morgan is one of the few players to have represented two nations in Test Cricket, he has played 16 test matches for England and has scored 700 runs which includes two hundred. He has played 23 matches for Ireland and has scored 744 runs which includes another hundred. Although he is one of the modern greats when it comes to ODIs and T20 internationals, he did not get enough chances to prove it with the white jersey.

Morgan was bought by the RCB - Bangalore in the 2010 edition of the IPL for a huge sum of $ 220,000. Morgan did not get many chances to prove himself in that edition because of the strong bench strength and the 4 overseas player restriction. He was then picked up by the KKR - Kolkata next year. In the nine innings he played for KKR - Kolkata, Morgan scored 137 runs for them. Morgan had to sit out in IPL 2014 due to international matches against Sri Lanka. He was then picked up by the SRH - Hyderabad for. In 2017 IPL Auctions, he was sold to KXIP - Punjab. In the 2020 IPL auction, he was bought back by his former team KKR - Kolkata for the 2020 Indian Premier League.

Morgan made his T20 debut against the Netherlands in 2009. Since then, he has been a constant in the team’s mix. He has played 77 matches for the English team and has scored 1810 at an average of 28.73. In 2013, Morgan captained the England’s T20I team against India after Stuart Broad got injured. He made an unbeaten 49 in the second match as England won by 5 wickets to level the series. He was named in the England's Twenty20 team that won the 2010 ICC World Twenty20 tournament in the West Indies. He came out as the top-scorer in England's group games against his former team Ireland and the West Indie. He hardly had to bat in the next couple of matches and his team won the title.

Records (all formats) • Morgan is the first cricketer to score a first-class double century for Ireland, he scored 209* against the United Arab Emirates • He is the first batsman to be dismissed for 99 on ODI debut. • He is the third youngest ever non-subcontinental player to make a century in ODI cricket. • He is the first player to score an ODI century for two countries. His Coaches saw a spark in him when he started to captain the English team in absence of other Captains, the leadership qualities were always in him. England was the sixth in world rankings in ODIs and eighth in T20 cricket, after he took over England jumped to the number 1 spot in ODIs and to the second spot in T20 cricket, respectively. Morgan has been appointed Commander of the Order of the British Empire (CBE) in the 2020 New Year Honors for services to cricket.