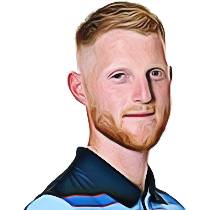 Benjamin Andrew Stokes born on 4th June 1991 is one of the most promising English batsman currently and the vice-captain of the England Cricket team currently. Stokes was born in New Zealand and later moved with his family to England at an age of 12.

Ben started playing cricket from there for the local teams. Now he is an all-rounder who bowls right arm medium-fast and bats left-handed. Ben was also the part of England team that won the recent ICC World Cup 2019.

Ben Stokes made his first-class debut for Durham against the Marylebone Cricket Club (MCC) in 2010 at Abu Dhabi. He made a half century and took 1 wicket. At the beginning of 2010 County Cricket season he also made his debut with Durham against Essex. Ben made his maiden first-class century against Nottinghamshire in Trent Bridge. Having wonderful debut and subsequent performances in first-class cricket he was selected in England Performance Program and went to Australia during Ashes series 2010-2011.

Ben Stokes made his ODI debut in August 2011 against Ireland, it was not a performance one wishes in a debut match, scored 3 runs, caught and bowled and did not get a chance to bowl, just had to settle with a catch in the fielding. Soon got struck with a finger injury restricting him to bowl, he could only bat in the following series against India. First and the second match, Ben could not play, in the third one Stokes scored 20 as England won by 3 wickets. Struggling with form due to injury in the beginning of career along with disciplinary issues, Ben was sent home from England Lions tour after he ignored the team' disciplines. Ben Stokes was out from International Cricket for almost an year and made a comeback in ODI against Australia in 2013, the series was a big shameful defeat of 4-1 to England but Ben came out with decent figures of 106 runs and 10 wickets in a 5 match series. Ben’s struggle with bat continued in 2014 West Indies tour, India tour and Sri Lanka tour. He was often dropped and selected in several matches within these tournaments. Ben Stokes missed out in the ICC World Cup 2015 selection squad because of his poor performance. Stokes made a come back post ICC World Cup 2015 from test and has been playing good cricket from the bat and ball both.

Ben Stokes as an all-rounder made his test debut on 5th December 2013 against Australia in the Ashes. Although England was white-washed by Australian, but Ben was the second highest wicket taker with 15 wickets and third highest run-scorer with 279 runs from England side. Stokes has a decent test career statistics with bat and ball both. Ben has played 67 test matches so far and scored 4000 plus runs with an average of 37.85 and as a bowler he has bagged 158 wickets with an economy of 3.3 which is a good stat for an all-rounder in Test career.

Ben Stokes, a wicket taking seam bowler, an excellent hitter on the crease and an agile fielder is a fierce all in one package any team wants in the shorter format of the game. Ben was auctioned in a whooping bid of INR 12.5 crores by RR - Rajasthan in IPL 2018 auctions. He was one of the most expensive players in that season and made sure he proved his worth of every penny to the franchise. In 2017 IPL season he was taken by Rising Pune Supergiants for INR 14.5 crores. He won Man of the Match title 3 times out of 14 games played before he had to leave for Team England’s series call. In the IPL 2019 season he could not perform much with the ball and bat neither.

RECORDS AND ACHIEVEMENTS • Man of the Match in the Final match of ICC World Cup 2019 • Second fastest double hundred in the Test match • Second highest number of sixes in a test inning • Fastest 250 runs with just 196 balls in test format • Ben Stokes was appointed “OFFICER of the ORDER of THE BRITISH EMPIRE (OBE)” in the year 2020 for his services to cricket. Ben Stokes seems to be at his peak performance delivery, currently. It cannot get any better for the all-rounder to knock an unbeaten 135 during The Ashes leading England to a stunning 1 wicket close call win. With this last of the season’s knock, he reminded of Sir Ian Botham’s knock of 149 in the 1981 Ashes at the same venue and in the similar fashion.