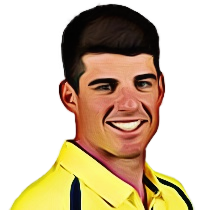 Henriques was the captain of the Australian U-19 team for the 2006 U-19 Cricket World Cup in Sri Lanka. Under his captaincy, his team performed great to led the Australian team to a semi-final berth. Henriques was the stand out player of the tournament where he scored 150 runs and claimed 16 wickets at 10.52 in 5 matches, where he finished as the World Cup's leading wicket-taker.

Henriques made his ODI debut against India at Arun Jaitley Stadium on 31st October 2009. He has played about 11 ODI matches and scored just 81 runs at a strike rate of 68.07.

Henriques was picked in Australia's Test squad for their series against India in 2013. He made his debut on 22nd February 2013, where he scored his maiden half- century with 68 runs in the 1st innings of the 1st test. Since his debut, he has played in just 4 test matches from which he has scored 164 runs.

Henriques made his IPL debut for the Kolkata Knight Riders against the Deccan Chargers on 19th April 2009 at MA Chidambaram Stadium. His most consistent and eye catchy performances were played for the Sunrisers Hyderabad, where he spent a great time with the team from 2014 to 2017. In 2018, he was bought by the Kings XI Punjab in the player auction for the 2019 IPL and was released ahead of IPL 2020. He has played 57 IPL matches from which he has scored 969 runs at a strike rate of 128.17 and has also scalped 38 wickets at an economy rate of 8.39.

The right-arm fast-medium bowler made his debut on 15th February 2009 against New Zealand at Sydney Cricket Ground. Henriques has played in 11 T20 international matches so far and has 4 wickets to his name at an economy rate of 9.29. His best figures in a match stands at 2/35.

His Domestic career shows his ability and passion for cricket. There is no doubt about the fact, that he can perform better in International cricket, all he needs is, a few more matches in his kitty.

Hardik was not bowled against MI as a precautionary measure

The decent ‘thank you’ exchange between RCB and PBKS

Players Have To Try And Get The Best Out Of Bubble Life, Says Rohit Sharma

Sachin Tendulkar, Recovering From COVID-19, Back Home From Hospital 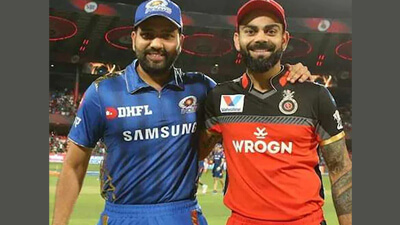 IPL Returns To India Under Shadow Of Coronavirus Pandemic