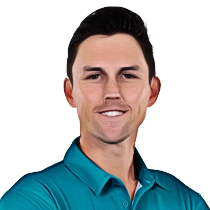 Trent Alexander Boult was born on 22nd July 1989 in Rotorua, New Zealand. Trent boult is an international cricketer who plays for the New Zealand National Cricket Team and for the Northern Districts in the Domestic cricket.

Boult grew up in Ohope and Tauranga and completed his education from Otumoetai College. He showed early signs of talent when he was just 17, getting the tag of being the fastest secondary school bowler in the Country. The following year he was representing his nation in the Under -19 world cup. This happiness was short-lived as boult suffered a fracture in the back due changes in his bowling action and therefore he had to sit out for 2 long years.

At the age of 19, in January 2009, Boult was picked to play for the New Zealand Squad. During that tour Boult clocked the fastest ball for the black caps with a speed 143.3 km/hr. Boult made his Test debut in the 2011–12 season, in the Second Test against Australia in Hobart in a match won by New Zealand by 7 runs, this was New Zealand's first test win in Australia since 1985 and their first test win against Australia since 1993. He took four wickets in the match and scored 21 runs to build a 10th wicket partnership.

His glorious career got a start, when he played against the West Indies at Basin Reserve and got his first 10 wicket haul, this performance earned him his first man of the match award. He then went on to take 10 wickets in two games against India, New Zealand won that series 1-0.

Boult made his ODI debut against West Indies Warner park on 11th July 2012. He has played 90 matches till date and has 164 wickets to his name at an economy rate of 5.03. His best figure in a match is 7/34 and has average of 25.29. In the fourth ODI of India's 2018–19 New Zealand tour, Boult claimed his fifth five-wicket haul, which is also the joint-most for a New Zealand bowler alongside Richard Hadlee. He finished with figures of 5/21 which ultimately helped to restrict India to their lowest total in ODIs since 2010. Boult was named man of the match. In April 2019, Boult was picked in the New Zealand Team for the 2019 Cricket World Cup. Boult took his 150th wicket in ODIs on 5 June 2019, in the match against Bangladesh. Boult also took the second hat-trick of the World Cup on 29 June 2019 against Australia. He also became the first bowler for New Zealand to take a hat-trick at the Cricket World Cup.

Boult made his test debut against Australia at Bellerive Oval, on December 9th, 2011. Boult has 267 wickets in 67 matches and has taken 8 five-wicket hauls and 1 ten-wicket haul so far. He has a marvelous economy rate standing at 2.98 and his best figures in an innings is 6/30. During the Trans- Tasman trophy 2015-16 series, New Zealand were playing against Australia in the third match of the series, which also happens to be the first ever day-night test in the history of the game. Although Australia won that match by 3-wickets Boult stood out by taking a five-wicket haul which also meant that he became the first New Zealand bowler and second overall to take a five-wicket haul in a day-night test match.

With a wide inventory in his arsenal, Boult is one of the biggest things in the world of Bowlers right now. His ability to swing the ball both ways, his deceptive pace and consistent in swingers, everything is just exceptional. He has all the qualities to be in contention for the best bowler in the world.