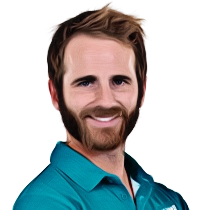 Born in a cricketing family, Kane Stuart Williamson is a young, technically-sound right-handed batsman with the skill to face deadly pace attacks. Kane Williamson was born on 8 August 1990 in Tauranga, New Zealand.

He represents kiwis and is the captain of New Zealand Cricket team since 2019. He started playing at the age of 14 and played first class cricket at the age of 16. Williamson attended Tauranga Boys' College from 2004–2008. he was the head boy in his final year and was coached by Pacey Depina. According to his coach, he has a ‘thirst to be phenomenal’. Indeed, I must say! He use to play well in his schooldays and scored 40 centuries before he left the school.

In 2007, Williamson went on to represent Northern Districts at the Under-17 level. He made his first-class debut against Auckland in 2007 before captaining New Zealand in their 2008 Under-19 WC campaign.At the age of 17, Williamson played for under-19 World Cup in Malaysia in 2008. New Zealand team reached semi-final and lost against the champions India. In 2009-10 Williamson stand out to scoring 621 runs at an average of 77 of 62 deliveries

In 2010, Williamson got a chance to play with the national side and he made his ODI debut against India scoring ducks in two matches. He was injured during his 5th match and was offered a runner with which he scored maiden century making the kiwis win the match against Bangladesh. As Brendon McCullum rested, he was named a captain ahead of ODI and Twenty20 series against Pakistan. Williamson ranks at third followed by Corey Anderson and Jesse Ryder for the highest ever strike-rated century amongest kiwis in a One-Day International. His effort paid off when he scored 100* runs off 69 deliveries against Zimbabwe at Bulawayo. In 2016, after Brendon McCullum retirement, Williamson was appointed the captain of New Zealand for all formats. In February 2015, he scored the 9th ODI century and helped the team making a history against Pakistan.

In 2010 India tour of New Zealand, where he scored maiden century again in the first match of the test. In 2014, he scored 161 runs against West Indies and finally scored 413 in the end of the series. In 2015, he was at no.3 New Zealand's batsman to score a double century in the test cricket match. In June 2015, Williamson became the fifth-fastest batsmen and fastest New Zealander to score 3,000 runs in just 78 innings. In December 2015, Williamson broke the record for the most Test runs scored in a calendar year by a New Zealander, with 1172 runs during the second test match against Sri Lanka. He scored the highest run (2695 runs) across all forms of international cricket in the year 2015, and third highest totals in a respective year. In 2016, Williamson became the thirteenth batsman to score a century during the Test series against Zimbabwe. He completed this in the fewest innings, the quickest time from his Test debut and became the youngest player to achieve this feat. For his wonderful performances in 2016, he was named in the World Test XI by the ICC. In 2018, he scored maximum centuries in the test matches. Williamson was the first player from New Zealand to cross 900 rating points in the ICC Test batting rankings. In March 2019, Williamson scored 200 not out when New Zealand posted their highest ever total of 715 in a test innings during the test series against Bangladesh, he became the fastest New Zealand player to score 6,000 runs in test cricket.

Kane Williamson made his T20 international debut against Zimbabwe in Oct 2011. Although his performance in T20 was an average, Kane scored his maiden T20 hundred with 101* and faced 49 balls guide Northern District team for an easy victory against Cape Cobras in Champions League Twenty20, 2014. Williamson was also awarded the Twenty20 Player of the Year by New Zealand Cricket for the year 2014-15.

RECORDS (ALL FORMATS) • June 2015, Kane Williamson became the fastest New Zealand Player to score 3000 runs in just 78 innings. • December 2015, Kane broke record of most runs scored in test format by any New Zealander in a single calendar year. • In 2015 Kane finished with 2692 runs , highest across all formats of international cricket. • The Youngest player to hit century against all Test playing countries. In recent times, Williamson proved himself as one of the great batsmen in New Zealand team. He not only won the Player of the Tournament in ICC World Cup 2019 but also carried himself with never known before attitude where the Trophy was snatched away with them under with thin guidelines, lesser known to even cricketers. However, with the spirit of the game the man must be broken inside but from outside as cool as cucumber.