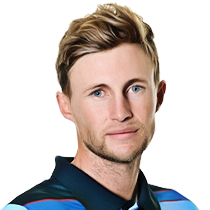 Joseph Edward Root popularly known as Joe Root is one of the most recognised cricketer at present. He is a brilliant right arm opening batsman and is also a bright captain of the England Team .He majorly represents Yorkshire with his off spinner nature.

It’s been almost a decade he joined the England cricket team by keeping his step of grace in the year 2012 performing as the opener in the test series that was held in India, followed by the T20 international match in the same row. His master blaster performance still makes us watch over his intensity of his game. Root has climbed mountains of dedication for his struggle to become an excellent cricketer. He was very firm with what was to be chosen.

Root took his father’s footsteps and joined Sheffield Collegiate CC; his father was a former Yorkshire batsman. Root is the eldest son in the entire family. He has a younger brother named Billy. Root engaged his long-time girlfriend Carrie Cotterill. He was awarded a daily telegraph scholarship at the 2005 Bunbury festival. He was often compared to Geoffrey Boycott and Michael Vaughan.

He scored 5,922 runs in his ODI career with an average of 51.05 and a strike rate of 87.41 in 145 matches. Joe was selected to bat for the first ODI where he made less runs, moreover in the second ODI, he again made less runs but managed to save the hold of the team. No matter how or what cover drive he used to follow but his batting battle was his style. Moreover his Highest ODI score in a day was 133 not out. Root received man of the match award for his great performance in the 3rd ODI. He made 60 runs and took 3 wickets in that while, which is an all rounder strike.

He played and engraved his best of play in 96 test matches and scored 7,599 runs, which is a humongous run over the board. His batting average is 47.76. His highest score among all the test matches is 254. He has batted in 175 innings with 12 not outs and his strike rate stands at 54.56. He is also one of the youngest cricketer in the England team. He was named in the U-19 squad for the world cup in New Zealand. In 2012, the 21 year old was then handed deserving in the test series against India. His conversion rate was quite high which made him score more and more in the test matches. In the first Test, Root performed fine with his exceptional batting skills. Whereas, root made a little laid back effort in the third Test where he made 45 off 176 balls before being bowled by Tim Southee, then followed by 29 in the second innings. The Test series ended 0–0 and Root finished the series with 88 runs which was not that bad. Not long after the series in New Zealand, the black caps entered the New Zealand tour with their belief. Root's first value over the tour was to captain the England Lions against New Zealand in a long four-day warm up match, where he scored around 179 runs. After scoring 40 and 71 runs in the very first Test that was held at Lord's, he scored his maiden test century at his home ground of the other city. He had hit 104 runs off 167 balls and had performed well in the following match. He also had gradually picked up the pace to perform.

Though Root has been grabbing out runs across formats, there has been talk in limited-overs cricket about his relative weakness. He does make the runs but sometimes it has seemed a struggle for him to push the pace. The fact that in the XI there are plenty of strokemakers around him helps him to play his game without much fear, but Root would also like to carry his game of white ball to the nexus. Finds batting and bowling records from JE Root IPL, results from Joe Root IPL and career analyzes from ipl. Finds batting and bowling records for Joe Root CLT20, output for Joe Root CLT20, and career statistics for the clt20.

He has played 32 T20 matches with around 893 runs in all total. His off break bowling also helped him gain while fielding in his previous matches.

1) He was named in the 2019 world cup, he scored 3 centuries and 2 fifties in the match. 2) He became the first English captain to win a test series in Sri Lanka. 3) He was then announced the Wisden cricketer of the year in 2014. Conclusion One of the brilliant player on earth and he has his own aura while he keeping up the dignity of the score board.