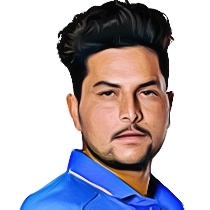 It is seen that there are various cricket youngsters who have come on the pavilion and made a mind blowing effect on the Indian as well as overseas audience. Moreover, one name that takes our heart and mind at present would be ‘Kuldeep Yadav. He is also earning praise with his various performances be it ICC, test match, world cup and more in the row.

He said a great line quoting “I keep watching videos of Warne. He has made a remarkable contribution in cricket with his best hand through his bowling as well as little bit of fielding. He was quoted saying, “I try to learn from the footage.”

He was born in Kanpur Uttar Pradesh on 14 December, 1994. He is a left handed batsman and slow left arm Chinaman. Furthermore, his father introduced him to Kapil Panday, when his life took a big turn. His batting, bowling and fielding averages are just mind blowing.

Kuldeep made his cricket career during the ODI against England, he grabbed his maiden five wicket haul in that time. He played around 60 ODI where the average was 13.11 as a whole. He had scored 10 fours in the ODI. He is basically a rare breed of chinaman bowlers. He had played in the under 19 world cup series and he perfectly caught into the winning mode by taking the highest wicket and knocking off an incredible innings in the match. Kuldeep also was handed over the Duleep Trophy with due respect for his commendable presentation in the matches.

Amid limited opportunities, Kuldeep 's unorthodox guile and equally unconventional style was now gaining attention at the national level and he had delivered enough substance success to get a callup for the 2017 home tests against Australia to the Indian squad. At Dharamsala, wrist spin wizard Anil Kumble gave him the coveted Test hat. Substitute Virat Kohli (Rahane). He played about 6 test matches; his average is about 8.5 in total. He is a left arm unorthodox spin bowler which is quite unique.

He again has a smooth rendition and style of bowling and being a part the KKR - Kolkata he has jelled into his bowling pace with the team which makes him more prominent in his occupation. In June 2017, he was named in India's squad for a limited overs tour which was equally helpful to the West Indies. His one day international debut (ODI) for India against the West Indies was on 23 June 2017, the match was quite good. However, during this game, he was not that able to bowl a single delivery as the game ended with no result due to rain during the first innings while India was batting.

On 3 July 2018, Kuldeep Yadav took his first five-for in a T20I and also with gradual practicing he became first left-arm wrist-spin bowler to take constant five wickets in a T20I during the first T20I against England and this carried on , in fact he also became only the third Indian after Yuzvendra Chahal and Bhuvneshwar Kumar to take a five-wicket haul in a T20 which is a big deal while you are making a cricket career at a very initial stage.

On September 21, 2017, he became the third most bowler among others for India to take a hat-trick and making an exceptional bowling appearance in the Corker base. There were no as such Perhapserin an ODI for Kuldeep. after Chetan Sharma and Kapil Dev he is considered as a fierce weapon while bowling. He took a hat-trick at Eden Gardens, Kolkata as well against Australia, on 21 September 2017. He was selected in the Indian cricket team to play as an opponent of West Indies in October 2014, But did not appear in any match. In February 2017 he was actually added to India's Test squad that has all the finest and selected players of our time for their one-off match against Bangladesh. He made his very first Test debut for India against Australia on 25 March 2017, at the Dharamshala Cricket Stadium, taking a sum total of four wickets in the first innings. Kuldeep Yadav is the very first left-arm wrist spin bowler who has represented India in the test cricket and has performed good. He is also only the third such bowler in Test cricket to take four wickets on debut.