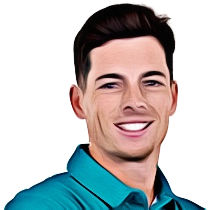 He is a New Zealand International cricketer who was born on 5th February,1992. He plays all forms of the game domestically. Moreover, he plays for the Northern District Cricket team, mainly a left handed batsman and he bowls slow left arm orthodox spin. He has been playing into the cricket team since a very young age that follows, when he started with his bowling ethics.

Mitchell Santner has created his own nutshell and list of variations that leads, from the highest 7th wicket partnership for New Zealand in the tests. He played various test just to explore his skills with his different bowling styles that includes googly, off spin and more into the loop.

He was born in the state of Hamilton Waikato that is situated in New Zealand. He was always keen about improving his bowling as well as batting technique to bowl out the opponents and get his score on. Moreover, he was also included in the list A matches for the northern district which was for a series of matches at that time. Santner started his test career from the year 2015 that was played against Australia. He was elevated towards the New Zealand team after a promising season. He basically replaced an ace player like Daniel Vettori, after the 2015 world cup. On the other side he made is first One Day International debut for New Zealand on 9 June 2015. His first international wicket was Sam Billings for 3. While the fourth ODI series he had hit 28 runs of Adil Rashid. It is mainly the second highest score till date for him. He had hit his first boundary as well.

He has played in 22 test matches and has scored 741 runs and has taken 39 wickets since his debut against Australia at Adelaide Oval, Nov 27, 2015.

He has played 6 IPL matches since his debut against RR - Rajasthan at MA Chidambaram Stadium on Mar 31, 2019.

He has played in 47 T20 matches and has grabbed 54 wickets since his debut against England at Emirates Old Trafford on Jun 23, 2015.

He plays all forms of game and he is brilliant with his form. Santner and Jeetan Patel became the first pair of spinners to open the bowling in the 4th ODI match. There are more in the list that leads which includes his carom ball appearance in the International repertoire, when the match was played against Pakistan and Pakistani cricketer. Santner made his international comeback that was played against Sri Lanka on 11th January,2019. IN April 2019, he was named in the New Zealand squad for the 2019 cricket world cup. Playing for CSK - Chennai, he had hit 6 for the last ball of the match to defeat RR - Rajasthan which was quite a huge match and In November 2019, while playing against England at Bay Oval, Santner took his maiden test century. His 261-run partnership with BJ Watling became the highest and the most remembered anecdote ever 7th wicket partnership for New Zealand in test cricket. He also took 3 wickets in 2nd innings and became the first New Zealand spinner to take wicket on home soil since March 2018 with 101 consecutive Test wickets in 11 innings in between having all fallen to seamers. Some unknown facts about Mitchell Santner We will take a look at the top 7 facts that revolve around the great cricketer Mitchell Santner. Santner basically smokes the ball off plus he also rolls off his spot with the balling authenticity. Santner hasn’t really scored that much of runs in the following matches but he still shines with his economy run rate. That doesn't result in a compelling case for selection to the alien, or even your mate who you chat shit with. Many folk around Aotearoa will fall in the category of wondering what Santner's done to earn regular selection, while others are captivated by the dip of his bowling and the flourish in his drives. Chuck in his fielding - which adds to a world class Blackcaps ODI fielding unit- and you've got 'yeah, he's just a cricketer mate'.