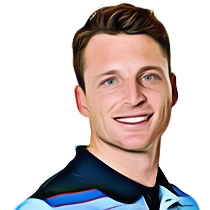 He is a hard hitting batsman and a wicket keeper as well. Moreover, he was born on 8th September 1990 in Somerset which is in South West England. He usually fields as a wicket Keeper and performs well with all his heart and soul into the cricket match. He is represented in the test as well as the one-day matches. In the Cricket World Cup also he made a history with his performance.

Joss Buttler is an acer in giving runs in the ODI internationals. He has performed 360 degree cricket with all kind of bowling stats that include high pace spin ball, googly and others. He has currently put his hands on the playing in the Lancashire place.

He majorly started his career when he was just 19. His 2010 Somerset session was terrific with maximum of scores in his kitty. His batting also helped him score, around 440 runs in all his overs which is a great debut number on the pitch.

He has played in 141 ODI matches since his debut against Pakistan at Dubai International Cricket Stadium on Feb 21, 2012. He has scored 3843 runs so far including 9 hundreds and 20 fifties. His highest score in a match is 150. Once he had scored 61 ball ODI 100 against Sri Lanka which was recorded as one of the most dynamic matches that he has played in his all-time career. It is said from an unknown source that Buttler has played his innings brilliantly in the under 13, under 15 and under 17 matches. In 2008 he had scored about 227 not out which was a record-breaking score.

He has played in 45 IPL matches since his debut against Rising Pune Supergiant at Wankhede Stadium, Apr 09, 2016.

Butler has played in 69 T20 matches since his debut against India at Emirates Old Trafford on Aug 31, 2011. He has scored 1334 with 8 fifties under his belt.

The list A contribution in the matches by him was again a plus point in his career. He had three fastest one day in the records. Therefore his squad contribution kept on increasing with his fast pace activity while he is performing. he scored 103 from 76 balls, on the other side he had also shared a brilliant partnership with Joe Root that has 130 run partnership in total, despite of a 14 run defeat. This is a 2019 match that took place. After playing for England with a practice that was up to the mark in the Tri-series in Australia at the start of the year, Buttler was once again included with England at an international tournament, playing in the 2015 Cricket World Cup in Australia and New Zealand. He scored a great score ahead with an unbeaten 39 in 19 balls against Sri Lanka[93] and made 65 against Bangladesh[94] but ultimately England lost both matches but the determination was on the top, in a disastrous campaign, failing to progress beyond the group stages.[95] Later in the English winter he was called back due to his performance in the death overs, into the Test side, as wicket-keeper, during the tour of the West Indies. He continued in the role throughout the English summer which was little hectic for him, playing both Tests against New Zealand and all five Ashes Tests against Australia.