Indian Cricketers And Their Wives

Two things that rule the hearts of People in India are ‘Cricket and Bollywood’. Indian cricketers are treated like superstars and are on par with any famous Indian actor when it comes to their fame around the country. They enjoy a lavish lifestyle just like any other celebrity and people go crazy to just get one look at their star. It is obvious that these players are stalked by the paparazzi all the time and the limelight also falls on their better halves. People are always interested to know about these leading ladies who rule the hearts of the players who rule ours. Here is a list of Top five Indian cricketers and their gorgeous wives:

Famously known as “Virushka” by their fans, Virat and Anushka are the most famous couple in the country. We all know about the achievements of the Indian captain and all he has done for the game, so we will cut to the chase and talk about the Indian captain’s wife. Anushka Sharma is an Indian actress and producer who works in the Indian film industry. She made her debut in Bollywood with the film ‘Rab Ne Bana Di Jodi’ starring opposite the King of Bollywood Shah Rukh Khan. She has appeared in 19 films since then and has made a mark for herself in the Indian film Industry with some exceptional performances. The 29-year old actress got hitched to her longtime boyfriend and Indian Captain Virat Kohli. 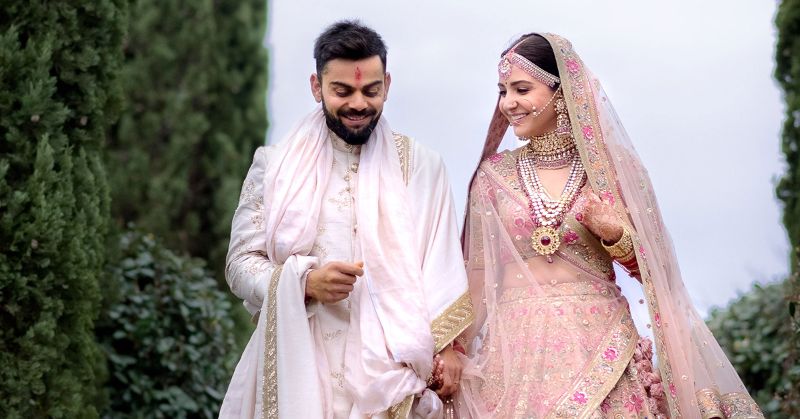 The Indian vice-captain has always kept us entertained with his phenomenal batting, hitting the ball in all the corners of the park. There is one more thing that Rohit loves more than he loves hitting those sixes, is being with his wife. Rohit met his wife Ritika in 2008 during a Reebok shoot where she was introduced to him by his senior teammate and Ritika’s rakhi brother Yuvraj Singh. Ritika is a professional sports management and has worked with Cornerstone Sports and Entertainment. She also manages her husband’s sports tours around the world. The couple got married on 13th December 2015. 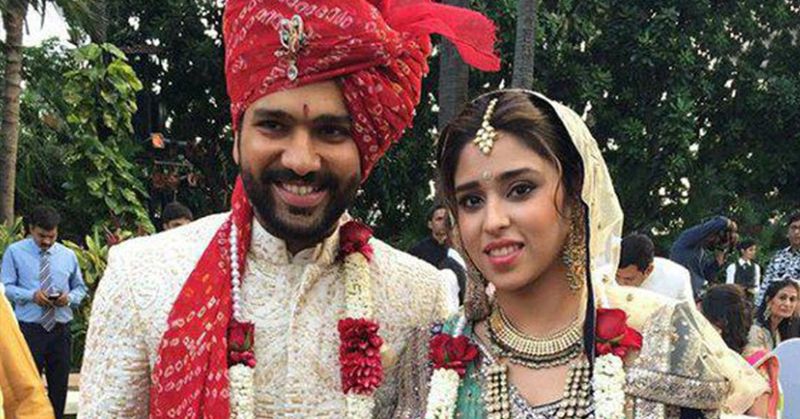 Yuvraj Singh is one of the greatest names to have played the game for the Indian team. Be it his six sixes, his impeccable performance in the 2011 world cup, or his battle with cancer, the Indian cricketer has always proved that he is a fighter both on and off the field. The only time he left his guards down is when he saw his now wife Hazel Keech for the first time. The couple got hitched after being into a relationship for quite a while. Hazel Keech or Gurbasant Kaur married name is a British-Mauritian model who has acted in several Indian films and TV shows. She has been a part of many advertisement campaigns and a few dance numbers since her time in Mumbai. The couple tied the knot on 30th November 2016. 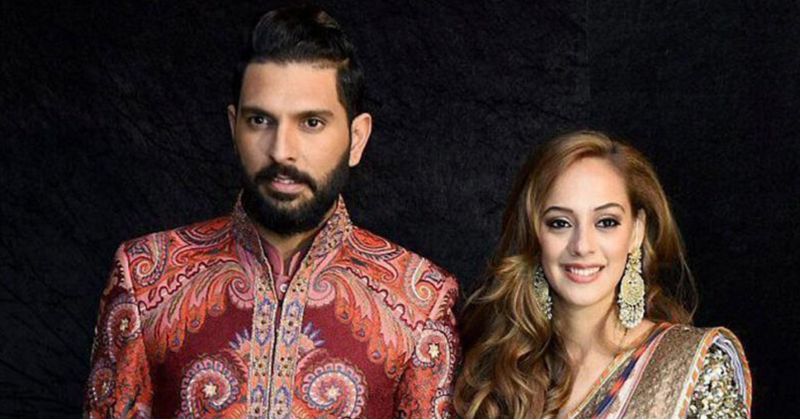 The ‘Gabbar’ of Indian cricket has opened several innings for India and has given us many memories to cherish on the field. The legends of his famous mustache have been heard and seen by one and all. The Delhi based batsman is married to Ayesha Mukherjee, a half-Bengali and half-British amateur boxer who was raised in Australia. The 43-year old trained Kickboxer is also a fitness freak. The couple got married on 30th October 2012 after getting engaged in 2009.  The couple also has 3 kids. 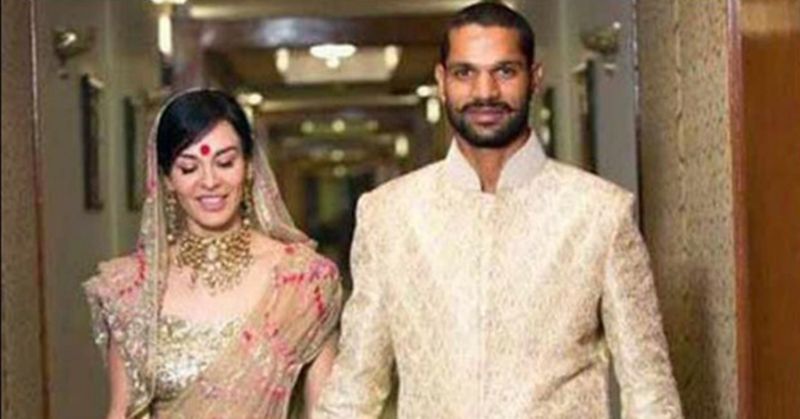 He is known as the most successful captain of the Indian team. He is God to many kids around the country and has become an emotion to the people of his country. Before his marriage, Dhoni was the most eligible bachelor of the country. Then one fine day, the former Indian captain married his schoolmate Sakshi Singh Rawat.  The couple got married on 4th July 2010, while Sakshi was still completing a professional course in Hotel Management and was working as a Trainee at the Taj Hotel, Kolkata. The couple also has a daughter named Ziva, who is a sensation for the paparazzi as well 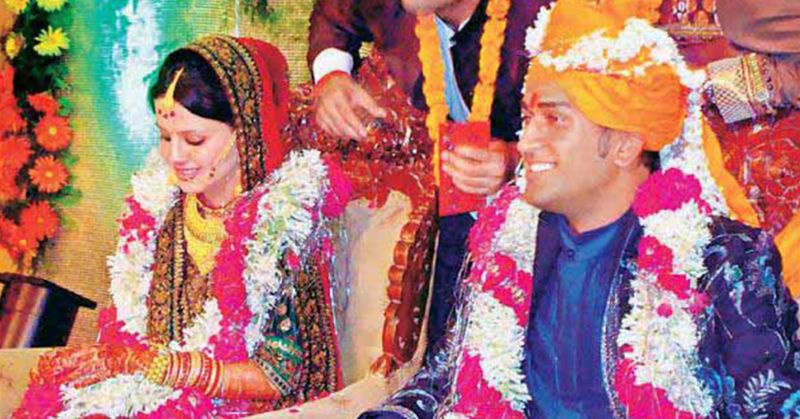 Cricketers spend most of their career playing away from home and it becomes hard for an International player to spend time with their families. These women are the real backbones of our favorite players who helm the responsibility of a nation.