Major observations from the Australia vs India Test rivalry

The cricket and its spirit have been transporting us to the Ashes series or the traditional contention between India and Pakistan since the game had begun to create obsession among the viewers of the game all over the world, especially in India. But at the same time, the cricket lovers have not ignored another enthralling contest on the field between India and Australia since the Broder-Gavaskar Trophy was introduced in 1996. The game between these two countries always has generated intense excitement on the field. The characters of the game, even the star cricketers have sometimes shown harsh attitude out of their involvement in the game, tempers have been burst out through the heated exchange of words, and controversies have come up.

Some Major observations from the Australia-India Test rivalry can be remembered on the occasion where India will begin its four-Test series in Australia on 17th December 2020 under the captaincy of Virat Kohli. The series will be over on 19th January with the fourth and concluding Test at Brisbane. 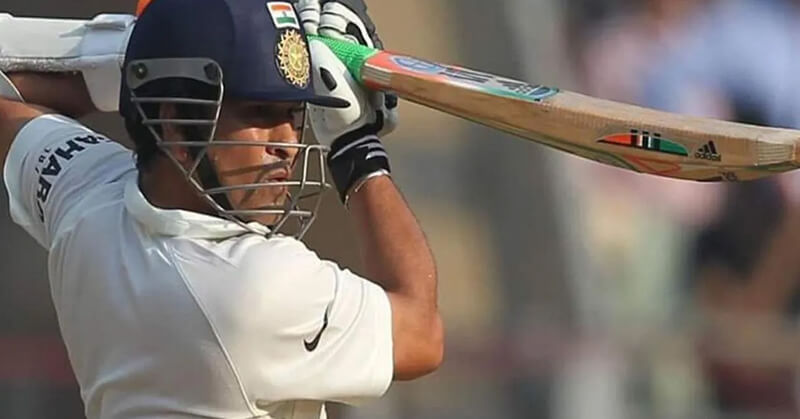 It was in 1999 when India was chasing a target of 396 at Adelaide Oval. The then captain Sachin Tendulkar walked into the crease to bat at a time when India was struggling with 24 for 3 wickets. Sachin ducked a short delivery from Glen McGrath. The ball was low and hit on Sachin's shoulder. Australians made a shouted appeal and surprisingly umpire Daryl Harper raised his finger! Sachin had to go back to the pavilion and the whole Indian contingent as well as the fans became furious. Harper, even after ten years, has defended his decision commenting in an interview that Sachin was out! 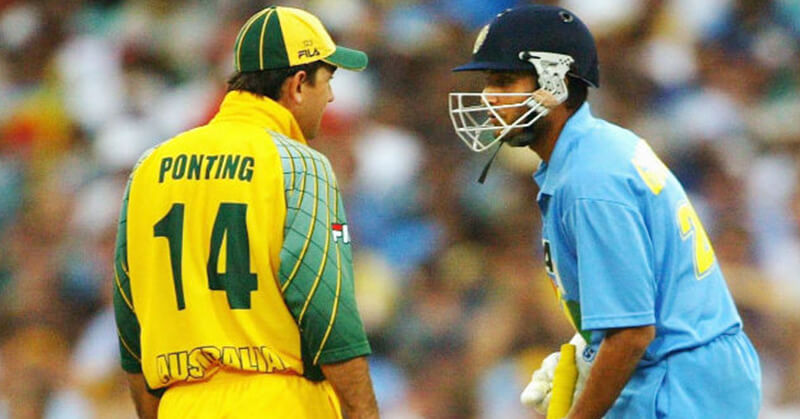 The historic 2001 series between India and Australia is also one of the major observations from the Australia-India Test rivalry. The series is mainly remembered for the conflict between the captains of two countries, Steve Waugh and Sourav Ganguly. The Indian skipper repeatedly kept Steve Waugh waiting for the toss during all the games in the series. Australians were irritated at this attitude. Waugh, in his autobiography, had alleged that Sourav was late for the toss in seven matches in the series. Ganguly replying to this later to the media had explained that he was not also happy with the arrogant attitude shown by the Australians and it was kind of sledging off the field, planned as a tit-for-tat reaction.

The moment of madness! 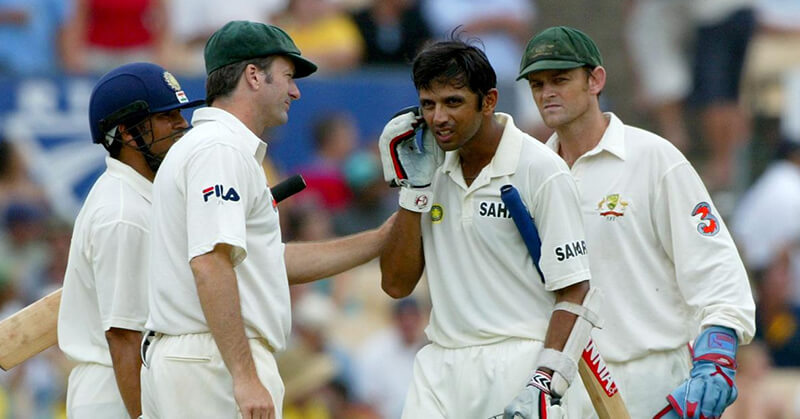 This memorable incident took place in the same historic series between the two countries in 2001 at Mumbai in the opening Test. Michael Slater had a moment of madness in the Test, claiming a Rahul Dravid catch desperately! Dravid unleashed a mistimed pull shot to Michael Slater who thought to have pouched it clean. But the television replay clearly showed that the ball had pitched first on the ground before reaching Slater. Dravid stood on the ground but Slater went to Dravid and gave warning! However, after some years Slater admitted his mistakes and stated that he behaved like an animal while Dravid was a true gentleman. 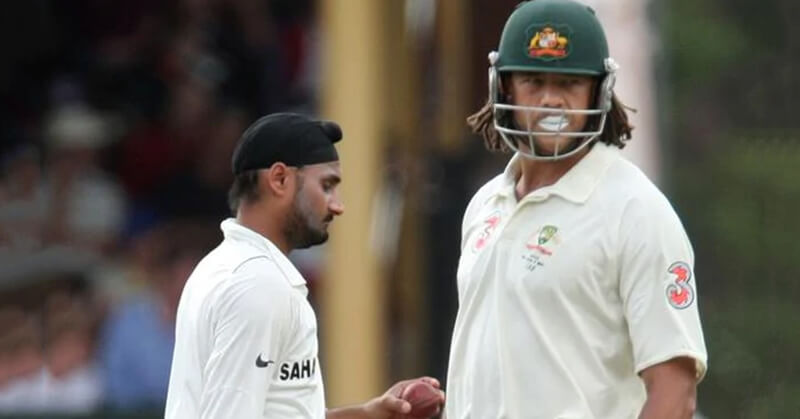 This incident will probably be recalled as the most touching and Major observations from the Australia-India Test rivalry. The incident happened during the 2008 Test series in Sydney. Australian all-rounder Andrew Symonds and Harbhajan Singh had a terrible quarrel in the middle of the match. Symonds accused Indian off-spinner of throwing racial remarks. Symonds complained that Harbhajan had said him 'monkey'! This resulted level 3 charge and Harbhajan was banned for the remaining three Tests and his 50 percent of the match was deducted as the penalty. Indian team management was extremely shocked and later following Sachin Tendulkar's statement Harbhajan was released from charges and his ban was also lifted. This incident created immense tension between the two teams in the remaining three Tests. 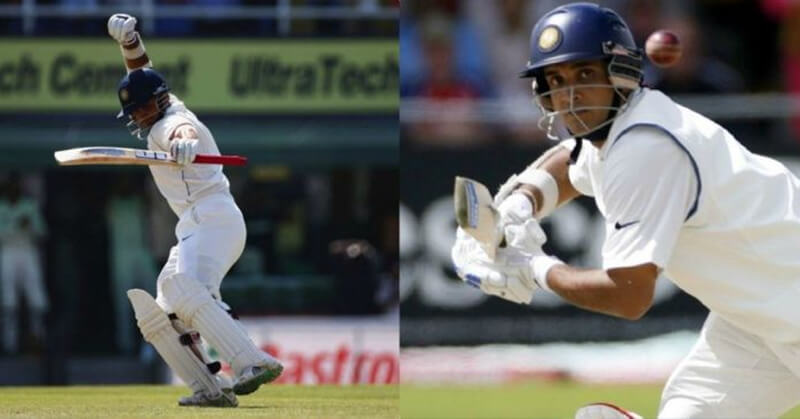 India's tour of Australia in 2003-04 created sensation and intense excitement, courtesy Australian legendary spinner Shane Warne who despite facing ban during that period, began the war of words with Indian captain Sourav Ganguly. Ahead of the first Test at Gabba, Brisbane on a bouncy track Warne commented in his Television commentary that short balls were the weakest point of Ganguly. The Indian skipper was considered the weakest part of the Indian batting line-up before that series. But the Indian skipper gave a reply to this 'chin music' with a majestic 144 on the bouncy track at Gabba. Then he shut up the critics and showed his competence again by promoting himself at the number 4 position to protect Sachin Tendulkar who was not in form. 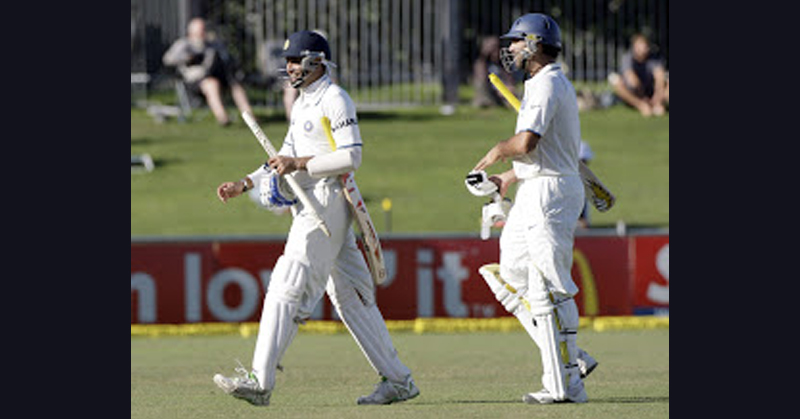 Gautam Gambhir was in outstanding form in the 2008-09 Test series. He struck a superb double century at his home ground Feroze Shah Kotla in the 3rd Test of the series. But he was embroiled in a controversy with Australian player Simon Katich during the Test match after VVS Laxman's one straight drive was ricocheted off Katich's palm. Gambhir, standing on the non-striking end had a war of words with fielder Katich and finally umpire Billy Bowden entered to stop the argument. 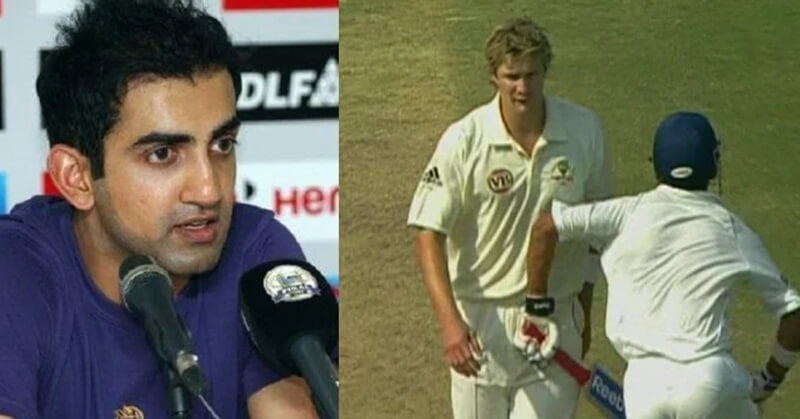 This disputable incident also happened in the same innings earlier. Being raged by Watson's continuous sledging Gambhir elbowed the bowler on his way towards his second run during his double hundred at Kotla in the same third Test. Earlier Watson provoked Gambhir by showing a clenched fist and received the reply. But surprisingly Gambhir was suspended for a Test while Watson escaped with only 10 percent of his match fees. 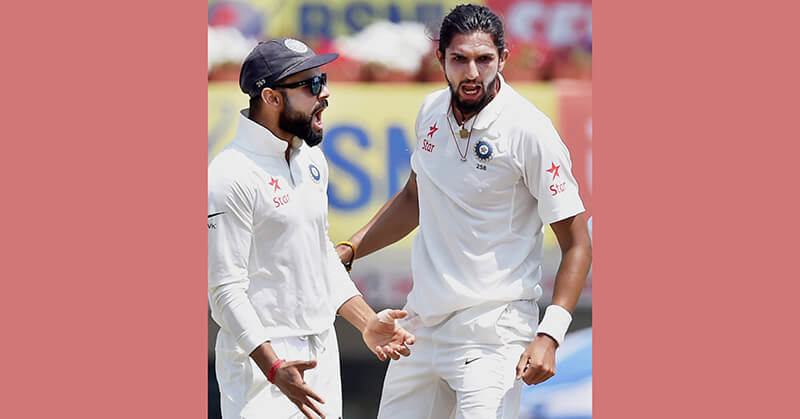 Kohli carried out the legacy of Ganguly and Gambhir in terms of reply to Australian players' sledging strategy. In his maiden appearance in Australia tour in 2011-12, reacting to abusive languages from a section of Australian fans Kohli was caught on flaunting his middle finger. He was later fined 50 percent of his match fees.