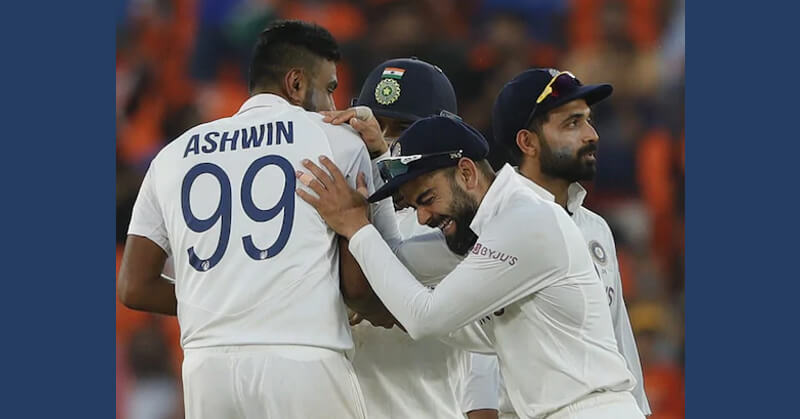 Virat Kohli lavished praise on Ravichandran Ashwin, calling him a "modern day legend" after the off-spinner became the fastest Indian bowler to 400 Test wickets on Thursday. India beat England by 10 wickets and finished the third Test inside two days to take 2-1 series lead in the four-match series in Ahmedabad. Kohli, at the post match presentation ceremony, hailed Ashwin and said that he is pleased that the off-spinner plays for India.

"We all need to stand up and take notice of what Ashwin has contributed to Indian cricket and we should all be very proud of it. I told him from now on I'm going to call you leg. 400 is an outstanding achievement and still so many games, so many years to go for India and I think in Test match cricket, he is surely a modern day legend. We're just lucky to have him in our team," Kohli said.

"His skill sets and how he applies himself and makes those breakthrough performances for the team every now and then. As a captain I am so pleased he plays for us," he added.