Cricket is no doubt a team game. The team comprises 11 cricketers whose contribution is visible. Although all the 11 cricketers cannot become match-winners in a single match, each of them has contributed in some percentage. But the performance of a team does not only depend on the 11 players. There are heroes behind the scene whose contribution also become immense in motivating and maneuvering those 11 players in the right direction which ultimately brings the desired victory or a gallant performance of a team. Those heroes are the coaches who share their experience as well as expertise with the players that guide them to bring out the best of them. The coaches play the role of teachers or mentors whose tutelage leads the players on the field helps them to deliver the best. 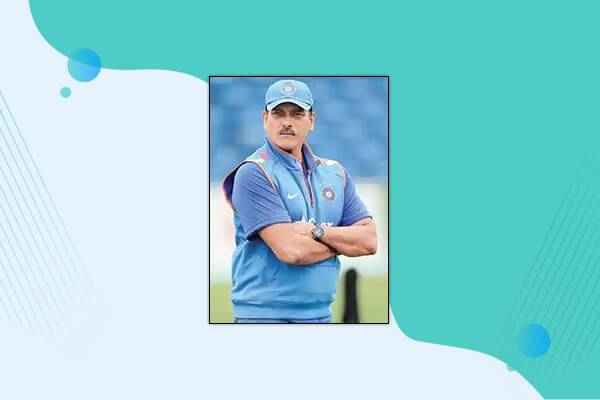 As the BCCI is the richest cricket organization in the world, the Indian coach is ranked first in the list of Top 10 highest-paid cricket coaches in 2021. Ravi Shastri first was the national team's director from 2014 to 2016. Then in 2016, Anil Kumble was appointed as the team’s chief coach. But after he stepped down from the post following controversy Shastri returned to the chief coach's position and still serving the position. Under his coaching Indian team had recorded a two-Test series win against Australia at their home last year. This apart, Team India had won limited-over series against New Zealand, England, South Africa, and West Indies. Shastri receives annual pay of around Rs 9.5 to 10 crores.

Also Read - Top 5 Cricketer who makes most centuries in ODIs 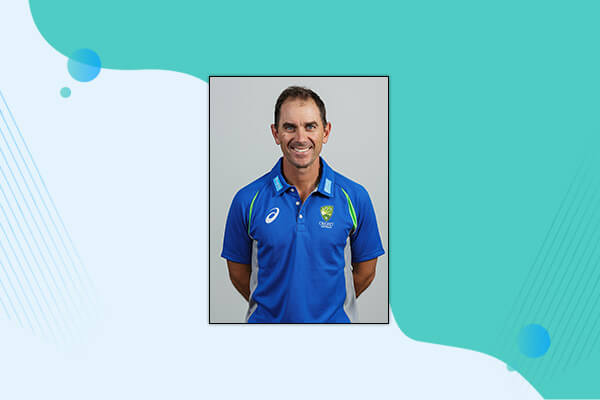 Justin Langer who was hailed as Australia’s one of the finest openers was Australia’s interim coach in 2016, but after two years, he became a full-time coach. Langer was appointed as coach following Darren Lehmann’s departure from coach’s chair due to a controversial ball-tampering scandal in 2018. Hence, Justin Langer had a major responsibility to revive confidence back in the team amidst huge criticism and mockery all over the world.

Langer won the challenge as he took the Men in Yellow to many victories including the 2019 World Cup semi-finals. Moreover, the Aussies also managed to retain the Ashes urn on England soil. For his exceptional services, Cricket Australia (CA) pays him an annual income of $ 0.61 m that is approximately Rs 4.67 crores. 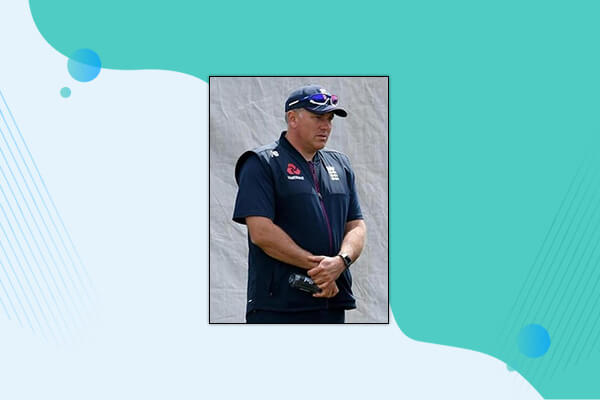 Next, Chris Silverwood, the current England coach is on the list of Top 10 highest-paid cricket coaches in 2021. The former pacer became head coach of the England cricket team in 2019 and

Under his guidance, England defeated major forces in World cricket like New Zealand, South Africa, and even Australia in white-ball engagements. He even guided England to a Test series win in South Africa in early 2020. However, a forgettable tour of India earlier this year has put a dark patch on Silverwood’s stellar campaign. Silverwood receives an annual salary of $ 0.60m that is approximately Rs 4.67 crores from the England and Wales Cricket Board (ECB) for his immense contributions. 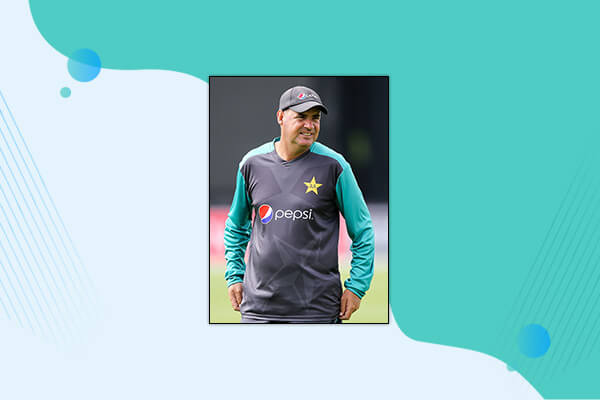 Mickey Arthur is regarded as one of the most accomplished coaches in world cricket and presently coaching the Sri Lankan national team. Arthur was the coach of Pakistan till 2019 before joining Sri Lanka in the same year as a mentor. Sri Lankan board has a habit of changing coaches and captains often. From that perspective, Arthur was initially under pressure but his performance later earned the trust of Board officials. They have changed nine ODI captains in the last four years, with Kusal Perera being the last one. Arthur gets an annual salary of $ 0.46 m which is approximately Rs 3.44 crores.

Also Read - Should Ajinkya Rahane be picked in India’s playing XI for the WTC final? 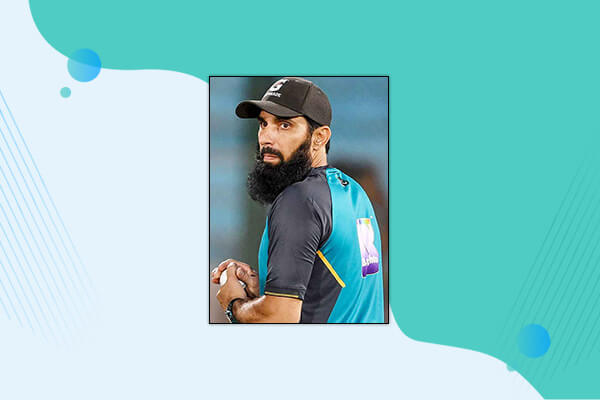 Misbah-ul-Haq, the former captain of the Pakistan national team became the chief coach in place of Mickey Arthur in 2019. Misbah who also got the chief selector's job had resigned from the post. The 46-year-old retired from international cricket just a few years before deciding to take up the coach's role. Albeit a few recent controversial incidents, Pakistan, under Misbah’s guidance has won series against South Africa, Sri Lanka, and Bangladesh. For his services, the former Pakistan skipper receives an annual sum of around $0.24 m that is around Rs 1.79 crores. 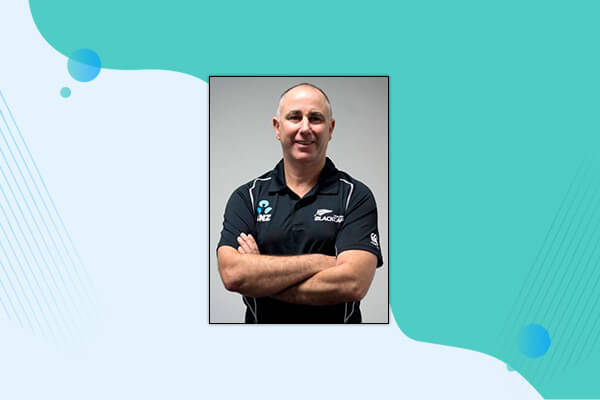 The head coach of New Zealand Gary Stead deserves credit for the national team's consistency and success in the last few years. The Kiwis have been able to maintain their ICC ranking within the top three in recent years as well as some individual players like Boult, Williamson has been showing great potential. Additionally, the Kiwis have already added another feather in their crown by reaching the final of the World Test Championship.

Stead was a former New Zealand cricketer but was not much successful as a cricketer. However, as a coach Stead has been simply outstanding as revealed by the cricketers on different occasions. Interestingly Stead had also a flourishing campaign while leading New Zealand’s women’s cricket team. Coming to his current contract, the former batsman gets a yearly paycheck of $ 0.25 m from New Zealand Cricket (NZC) which is around Rs 1.73 crore. 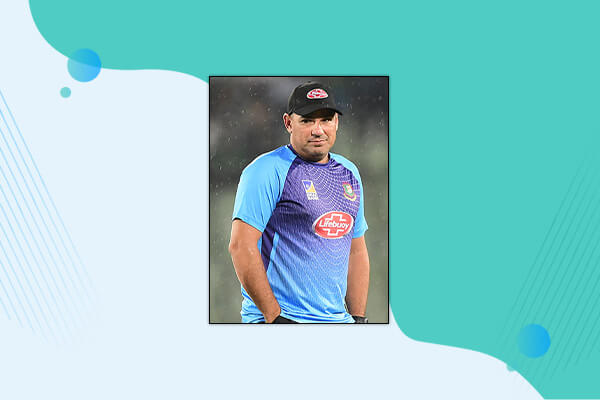 Bangladesh, thriving in the last few years, has defeated some strong teams and Russell Domingo has been contributing a major role silently in the team’s recent upsurge. The former South African cricketer became the head coach of Bangladesh in 2019.

Domingo does not have the experience of playing in international cricket but he possesses huge experience in coaching. Before joining Bangladesh, Domingo had formidable success as South Africa’s head coach. He is highly regarded for his reading on the game and man-management skills. ODI series wins against West Indies and Sri Lanka have been the recent success of Domingo. Domingo has a two-year contract with Bangladesh Cricket Board (BCB) and is earning INR 1.29 Crore per annum. 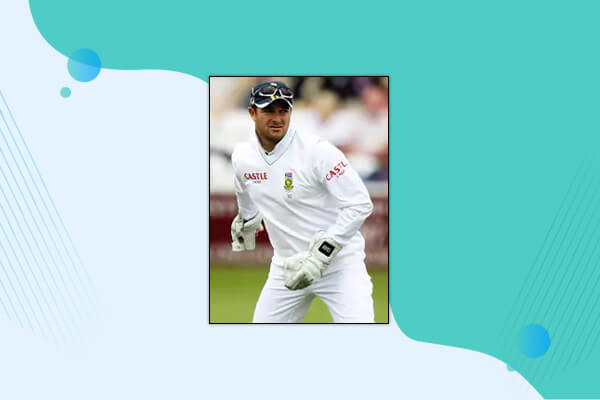 Mark Boucher was called one of the finest wicket-keepers of his time. After retiring from international cricket Mark Boucher joined as the head coach of South Africa, replacing Ottis Gibson after the team’s miserable outing in the 2019 World Cup. The former wicketkeeper-batsman now has set his focus to produce the future generation of South Africa cricket for the glory. Boucher receives annually $ 0.15 m for his services that are approximately Rs 1.05 crores. 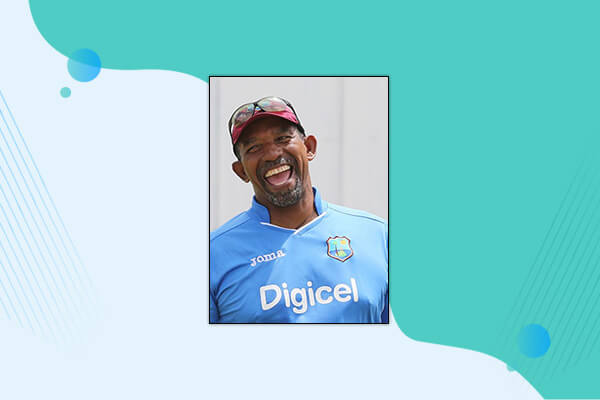 Phil Simmons, the former West Indian batsman replaced Floyd Reifer as the head coach in 2019 and has made an impressive performance so far. Under his guidance, West Indies trounced Sri Lanka and Bangladesh earlier this year. However, Simmons has reportedly set his focus on the team’s preparation for the T20 World Cup title later this year. Speaking of his salary, the 58-year-old gets $ 0.09 m from Cricket West Indies (CWI) which is around Rs 64.5 lakhs.

Zimbabwe was never a major force in world cricket and their performance also in recent times has not been up to the mark. They have constantly struggled against big teams. They have even failed to qualify for the ICC Cricket World Cup in 2019.

However, the board officials have trusted Lalchand Rajput, the former Indian opening batsman to better the team’s performance. Rajput replaced Heath Streak in 2018 as the national team's head coach. Still, he has not been able to take Zimbabwe to a better position. Rajput receives $ 49,240 annually from the Zimbabwe cricket board that is around Rs. 35.8 lakhs.

Advice from former stalwarts helped me get over concerns about footwor...

'Kohli will never worry about Johnson but will always have doubts Vs A...

James Anderson on the cusp of going past Anil Kumble in 2nd New Zealan...

Advice from former stalwarts helped me get over concerns about footwork: Virender Sehwag

'He's faced the NZ attack in NZ': Former Kiwi coach on who should open for India

ICC should change 5 things before the next WTC starts

Kohli and Shastri have created a winning environment in the team: Ramiz Raja

WTC final: Ravichandran Ashwin could be the match-winner for India, feels Monty Panesar