After Zaheer Khan and Asish Nehra bid goodbye to the game Indian cricket has been in search of quality left-arm fast bowlers for a long time. India has a formidable fast bowling attack consisting of Jashprit Burmah, Mohammed Shami, and Bhuvaneshwar Kumar, but all are right-hand pacers. Still, ahead of ICC 2021 Twenty20 World Cup that is scheduled to be held from 18th October 15th November 2021 India needs a left-arm pacer who has the ability to control and swing the ball in both ways that can cause batsmen in the shortest format. Considering the T20 World Cup, there are Five Best Left-arm Bowler for Team India ahead of T20 World Cup 2021.

Thangarasu Natarajan, one of the most potential left-arm quick bowlers from Salem has already stolen the attention of the selectors and the country's cricket fraternity. Natarajan's father, S Thangarasu was a weaver and his mother used to sell chicken at a roadside stall. Natarajan is the oldest of five children. The pacer has been spotted among the 5 Best Left-arm Bowlers for Team India ahead of T20 World Cup 2021. Indian skipper Virat Kohli has mentioned Natarajan as one of the leading contenders to get into the Indian squad for the T20 World Cup. T. Natarajan did not shine in the 2017 Indian Premier League (IPL) with Kings XI Punjab despite being purchased at Rs 3 crores. But in the next year in 2018 Natarajan was bought by Sunrisers Hyderabad and in 2020 IPL this left-arm quick bowler proved his mettle. He drew the attention of the cricket specialists, the captain as well as the selectors with his accuracy, especially the ability to unleash pint-point tow-crushing deliveries in the block hole in the middle and death over almost consistently. These deadly deliveries have become highly effective.

The 29-year old Natarajan had participated in 16 IPL games for Hyderabad and scalped 16 wickets at an economy rate of 8.02! As a reward, Natarajan was chosen in the senior Indian squad for its tour to Australia as one of the four additional bowlers. But after Navdeep Saini failed to get cured of back spasm problem Natarajan got into the first eleven before the third One-Day International (ODI) at Canberra against Australia on 2nd December this year. Natarajan's bowling figure was 10 overs 70 runs and 2 wickets. He also earned the appreciation of his captain Virat Kohli. In the next two T20 Internationals this Tamil Nadu-born pacer captured five wickets while maintaining the economy of 6.25. Natarajan has come up with one of the most economical pacers in this Australia series and he is expected to claim his place in the national team for a long span. 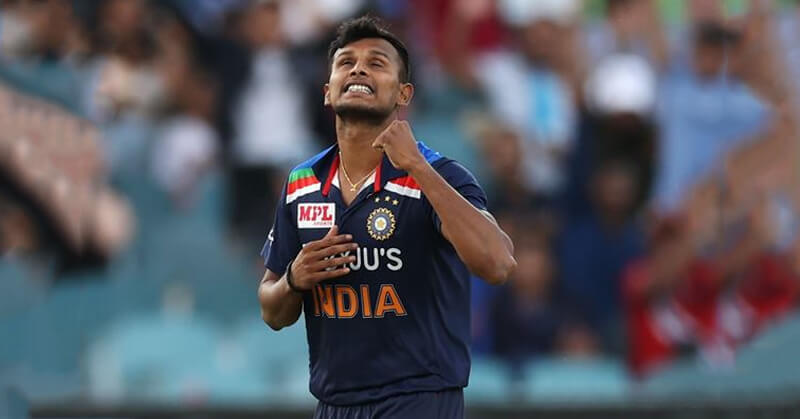 Khaleel Ahmed is another potential left-arm quick bowler who can be among the Five Best left - arm Bowler for Team India ahead of T20 World Cup 2021. The 23-year old pacer from Tonk in Rajasthan was passionate about bowling from his school days. Thanks to tennis ball cricket in his district, Khaleel Ahmed shot into the limelight in the world of cricket when representing under-19 India in the under-19 World Cup in 2016 Khaleel had an impressive statistics of 12 wickets in three innings including 3 wickets for 29 runs against Sri Lanka in the final of the tri-nation under-19 championship at Colombo. Khaleel failed to maintain that noticeable form in the next matches of the World Cup but was regular in the team. Khaleel was bought by Delhi daredevils in 2016 in the IPL. Although he failed to earn attention in that IPL, Khaleel revealed he had learned a lot from Rahul Dravid, the coach of the under-19 Indian team as well as a mentor of Delhi Daredevils in 2016.

Khaleel got the reward of his lessons from Dravid. He had a magnificent domestic season in 2017-18 and then he was bought by Sunrisers Hyderabad in the IPL same year. After having taken part in his opening IPL match for Hyderabad Khaleel made his much-awaited debut for India in September 2018. Khaleel has participated in 11 One-Day International (ODI) matches so far and captured 15 wickets so far while in the T20 format Khaleel Ahmed has taken part in 14 matches and picked up 13 wickets so far. 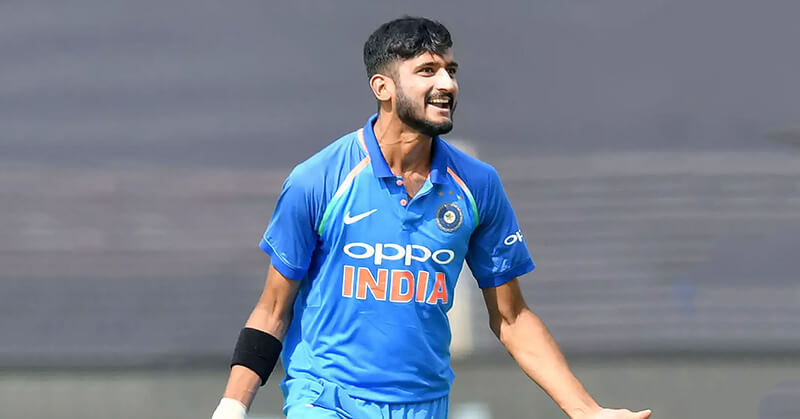 Jaydev Unadkat was born in Porbandar on 18th December 1991. The 29-year old left-arm pacer exploded into the Indian cricket scenario following an excellent show in the Under-19 World Cup in 2010 and his performance steered him to get into the senior Indian team in the same year against South Africa. But having bowled 26 overs Unadkat gave away 101 runs without a wicket.

Rather Jaydev Unadkat had a bright T20 season in his early days. He has represented several IPL teams. His IPL journey began with Kolkata knight Riders in 2010. Three years later, in 2013, being one of the expensive players of Royal Challengers' Bangalore Unadkat had the career-best 5 wickets for 25 runs against Delhi Daredevils. Unadkat again was bought by Kolkata Knight Riders in 2016 and the next year he moved again to Rising Pune Supergiants. Unadkat also stole the limelight in the 10th IPL, making a hat-trick for Pune against Sunrisers Hyderabad in the final over that was also a maiden over. Then Unadkat switched over to Rajasthan Royals in 2018 and has been continuing there this year also. 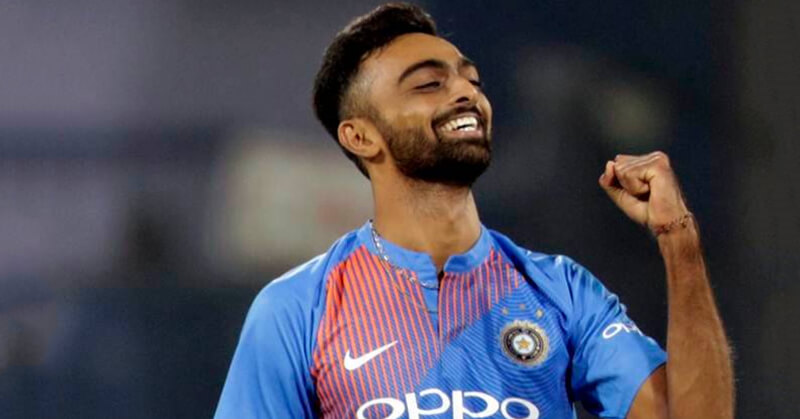 Yarra Prithviraj is also one of the country's potential left-arm quick bowlers to watch out for in near future. He is being largely appreciated for being able to generate a lot of pace. Additionally, he has a quality to offer variation, maintaining the same speed and same action that becomes deceptive to even a good batsman. The 21-year old Prithviraj, born in Andhra Pradesh, does not have yet much experience in international cricket. He made his first-class debut for Andhra Pradesh in the 2017-18 Ranji Trophy. In domestic cricket, Yarra Prithviraj has already shown huge promise as participating in only 11 first-class matches so far Yarra Prithviraj has captured 39 wickets at an economy rate of 2.87! In the T20 format, Yarra Prithviraj also drew attention when he designed a splendid bowling figure of 3.5 overs, 38 runs, and 3 wickets against Jharkhand in his debut match in the T20 Syed Mustak Ali championship in 2018-19. This quick left-arm pacer was bought by Kolkata Knight Riders in 2019 and Prithviraj stunned David Warner in his debut match in the IPL. Prithviraj, playing in 3 matches has captured 4 wickets so far. 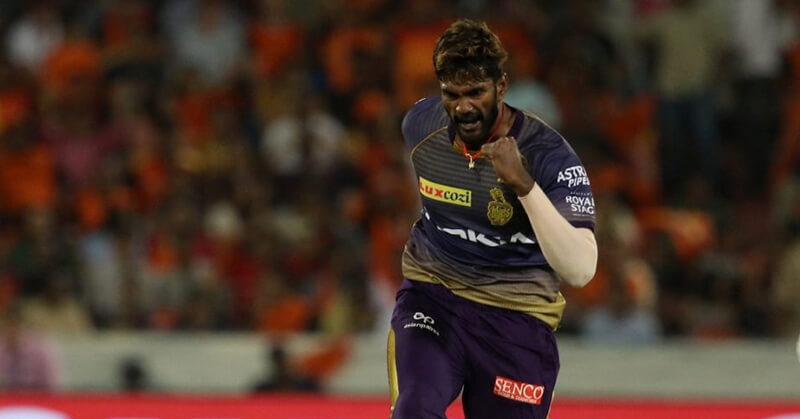 Arshdeep Singh, the left-arm medium-pacer is from Madhya Pradesh. The 21-year old rookie pacer has already shown promise with the ball with the under-23 Punjab team in the C.K Nayudu Trophy. Arshdeep, executing a superb control with the new ball and also variation in swing, had captured 8 wickets including a hat-trick against Rajasthan. He made his debut in domestic cricket in 2019 and participated in only three first-class matches, but has already 9 wickets in his kitty. Arshdeep's other memorable achievement so far has been in the 2019 IPL for Kings XI Punjab when he captured the wickets of Jos Buttler and Ajinkya Rahane in his debut match. Arshdeep has also been consistent in the 2020 IPL as he bagged 9 wickets in eight matches for Kings XI Punjab. 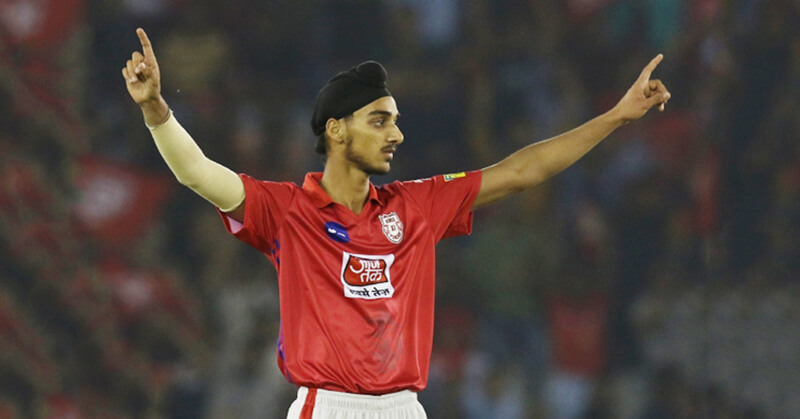